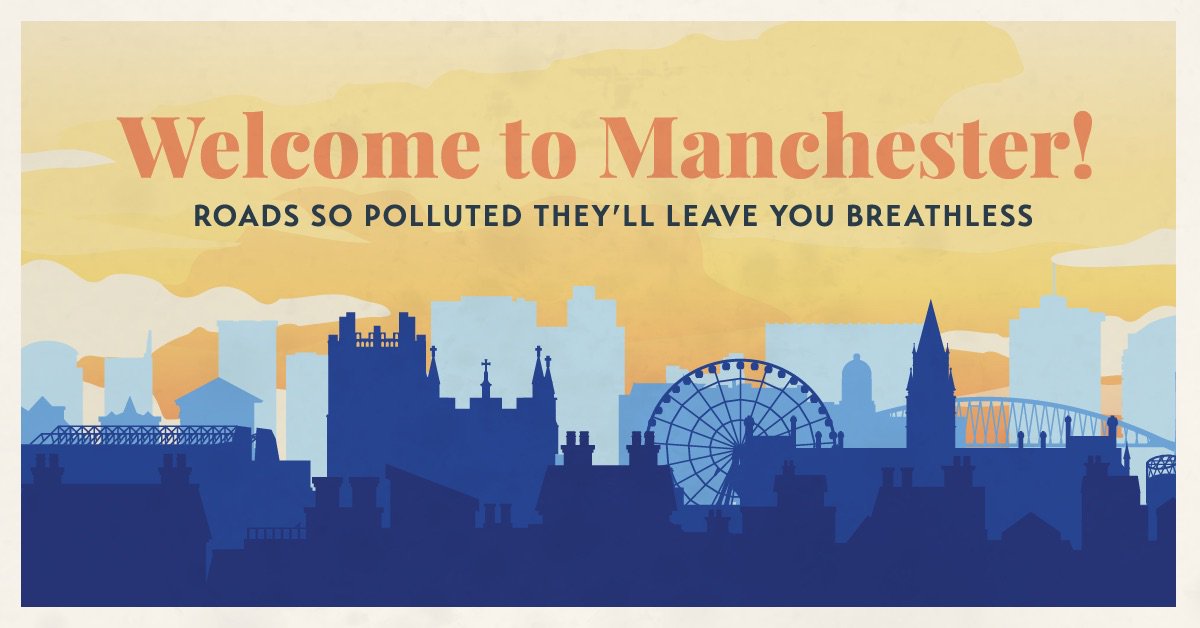 A billboard-ad campaign has been launched aimed at educating drivers of the impact of exposure to air pollution in five cities across the UK.

The newly launched #HelpBritainBreathe campaign sees roadside billboards going up in Birmingham, Leeds, Liverpool, Manchester and Southampton this week. All these signs will be a warning of the causes and effects of air pollution.

It is being delivered by the Health Air Campaign, backed by the British Lung Foundation and environmental law charity ClientEarth as well as the Campaign for Better Transport, the London Cycling Campaign, Doctors Against Diesel, Friends of the Earth, Transform Scotland, The Chartered Institute of Environmental Health, Sustrans and Cycling UK.

Campaigners have said that they hope the initiative will boost public interest in the threat posed by air pollution, giving those stuck in rush hour jams the chance to consider its impact on their own health and on the health of those who live near to congested areas.

Andrea Lee, Healthy Air Campaigner, said: “It’s worrying how many people living in cities and towns outside of London are unaware of how they and their families are affected by the dirty air they breathe every day.”

Dr. Penny Woods, Chief Executive of the British Lung Foundation, said: “This campaign is vital in making drivers aware of the devastating impact air pollution has on everyone’s lungs. Research has shown that many drivers are exposed to higher levels of pollution than cyclists when on the same road.

The campaign is urging the public to visit the Help Britain Breathe campaign website at helpbritainbreathe.org.uk.

The home of information on indoor air pollution and the My Health My Home campaign.

The My Health My Home campaign is supported by BEAMA, the professional trade body for the ventilation industry.
%d bloggers like this: